Delaware state law recognizes marriages between same-sex Delaware couples as legal relationships. In addition, persons of the same gender who are in legal unions (marriages, civil unions, domestic partnerships, etc.) established in other jurisdictions have the same rights, benefits, protections, and responsibilities as married persons under Delaware law.

The Delaware General Assembly passed the Civil Marriage Equality and Religious Freedom Act of 2013 during the first session of the 147th General Assembly. Governor Jack Markell signed the legislation on May 7, 2013, shortly after final passage in the state senate.

The Act protects religious freedoms of religious societies and other persons and does not require anyone to perform solemnization of marriages that do not conform to their religious beliefs.

On July 1, 2014, all existing Delaware civil unions, except those subject to a pending proceeding for dissolution, annulment or legal separation, automatically converted to marriages under Delaware law. 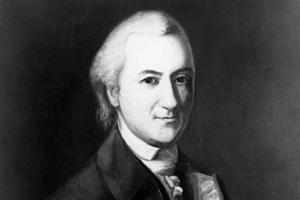 John Dickinson was called the Penman of the Revolution for his writings on independence. His boyhood home is preserved in Dover.